As the first service-learning class in the New Media Institute, my team had the privilege of working directly with the Peabody Awards, the most prestigious award in digital media. The Peabody’s are housed and operated from the University of Georgia and held in New York each year. In the Special Collections at UGA, there is a database filled with thousands of hours of footage, and much more content coming in the future. Our task was to condense this information into an iOS app that could be used by scholars and media enthusiasts. The app will soon be in the Apple Store.

Peabody Poster: We used this poster as an advertising method both inside the Grady building and at our final presentation. 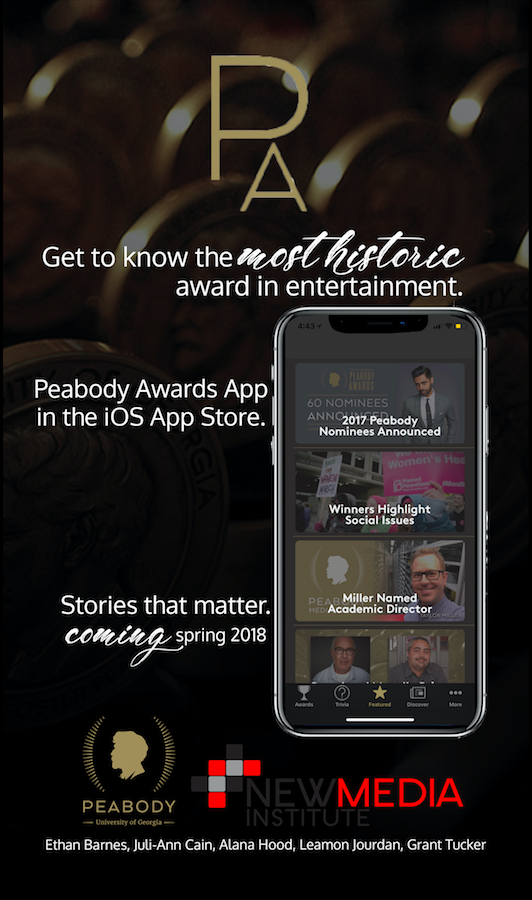 Visual Design Document: This document gives the specifics of how to re-create the app if needed, including raw images, color palettes, fonts, and icons.


UX Map: This was an early version of how we wanted the design of the app to look. We worked on design while we were getting the most simple content on the app at the beginning of the semester.

Kacey got bangs so I want bangs https://t.co/FLGauNU8Qf